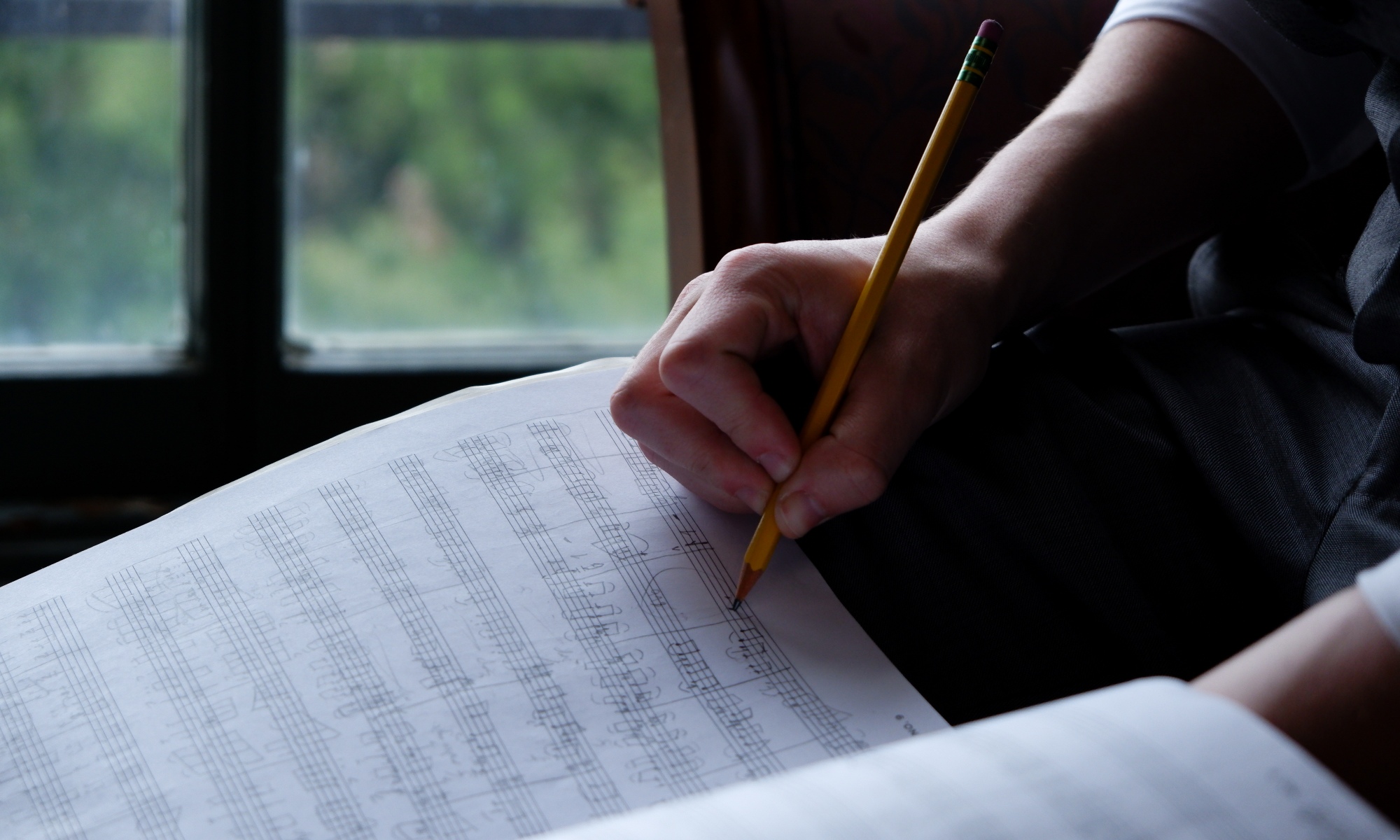 Many composers write music from their own expression, without regard for its reception. Similarly, they might seek to assert a singular interpretation of their music. While I respect such a true-to-oneself attitude, I want the music I create to be appreciated and understood in a variety of ways by listeners from differing backgrounds.

Despite a commitment to being “accessible” (please forgive the overused word), I never want to settle for the simple or mundane— unless of course the moment calls for simplicity. Everything I write I try to infuse with some kind of cognitive (if not musical) complexity. I want my music to have layers of meaning and craft which must be stripped down to understand. Otherwise, why listen more than once?

A lot of my music is derivative from a pastiche of existing musical styles. I see the musical idioms of the past as tools I can use to create something new and original, even if its seeds are grounded in the familiar. I don’t want my compositions to be broadly associated with any singular style, but rather to be perceived as a (hopefully) unique blend of different styles.

Andrew Bohman is a composer in the Baltimore area and a graduate of the Peabody Conservatory of the Johns Hopkins University, where he studied privately with Felipe Lara, Kevin Puts, and Sean Shepherd, and took orchestration classes with Joel Puckett. His music has been performed at Peabody by students and by renowned new music artists such as the Asko|Schoenberg Ensemble and Ensemble Klang, in addition to other premieres in the Baltimore area, and in Italy. As a freshman, he was a finalist in the 2016 ASCAP Morton Gould Young Composer’s competition.

In addition to a Bachelor of Music in composition, Andrew has a BA in Philosophy from Johns Hopkins. As a philosopher he explore the deeper meanings behind artistic creation, beauty, and other aesthetic or general philosophical ideas related to music. He is also a recording engineer, and finds that taking both a technical, sonic approach to music alongside a thought-rooted, creative perspective mutually reinforces each craft in a unique way.